This 2015 Indianapolis 500 Camaro Pace Car Convertible, owned by Michael and Rhonda Cooney of Rootstown, Ohio, is #46 of 50 Pace Car Camaros to appear at the Brickyard that year.

“We were looking for a ZL1 when this popped up at a local dealership,” Michael explained. “We had an Inferno Orange 2012 SS convertible and a 25th Anniversary SS coupe. It's never trailered.”

Among other awards, the Pace Car took Best in Show/Fifth Generation at last year’s Northeast Ohio Camaro Club's Fall Classic, and won first place at the Camaro Superfest in Ypsilanti, Michigan. It features a 6.2L engine producing 426 horsepower, a 6-speed automatic transmission, two-tone leather interior, and Indy Pace Car accents including a #46 license plate. The car was used by Corsa Performance for the engineering of its fifth generation Camaro headers and catback exhaust system.

Michael said the car has full documentation plus they have photos of it coming off the truck at Indy. Even better, the couple discovered that the Pace Car took home its own keepsake from its brief time in the Hoosier state:

“We have a piece of exploded tire, more than likely from the track, that we pulled out of the condenser when cleaning,” Michael said. 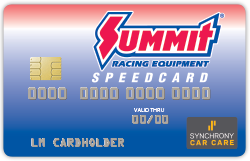